Sealed Bids for the Memorial Park Stormwater Drainage Project will be received by the City of South Lebanon at the South Lebanon Municipal Building, 10 N. High Street, South Lebanon, Ohio 45065, until Wednesday, January 26, 2022 at 11:00 a.m. local time, at which time bids received will be publicly opened and read aloud.

In general, the project consists of the installation of a bioswale stormwater drainage system on City-owned property at the southeast corner of High and Broadway Streets in the City of South Lebanon.

The free electronic Bidding Documents which include plans and specifications may be obtained by contacting the issuing office of the City of South Lebanon at jhaddix@southlebanonohio.org or at (513) 494-2296. Hard copies are available for an additional $25 non-refundable fee. For additional information regarding the project, please visit the website www.southlebanonohio.org.

The City will not be responsible for full or partial sets of bidding documents, including Addenda if any, obtained from sources other than the City of South Lebanon.

Bids must be signed and submitted on the separate bidding forms and sealed in a properly identified envelope.

The bid security shall be furnished in accordance with Instructions to Bidders.

The Contractor shall be required to pay not less than the minimum wage rates established by the Department of Industrial Relations of the State of Ohio.

No Bidder shall withdraw his Bid within sixty (60) days after the actual opening thereof.

The Owner reserves the right to reject any or all Bids, waive irregularities in any Bid, and to accept any Bid which is deemed by Owner to be most favorable to the Owner.

The bid notice is also available at www.southlebanonohio.org.

Please be advised that a Special Meeting of the South Lebanon City Council has been scheduled for Tuesday, January 11, 2022, at 6:30 p.m.  in the City Council Chambers, 10 N. High Street, South Lebanon, OH to consider the following:

For additional information, please contact Jerry Haddix, City Administrator, at jhaddix@southlebanonohio.org or at (513) 494-2296.

81 KiB
17 Downloads
Details
Posted in Uncategorized | Comments Off on Notice of Special Meeting of City Council January 11, 2022 at 6:30 p.m.

The City of South Lebanon is seeking candidates for the full-time position of Tax Clerk.

The Tax Clerk’s primary duty is to provide assistance to the Tax Administrator in the collection of the City’s income tax.  Responsibilities include reviewing income tax returns for accuracy and compliance with the City’s tax ordinance, preparing correspondence with taxpayers, and reviewing delinquent accounts for collections.

The successful candidate must have completed high school or the equivalent with a minimum of one (1) year of experience in a financial/accounting support position with customer service experience or equivalent experience and/or education.

Pay range for this position is $19.12 to $26.77 hour DOQ. The complete job description may be viewed by clicking HERE.

We are inviting all residents, friends and family to show their support of our veterans by purchasing personalized pavers.  Pavers will be placed in our newly developed Veterans Memorial Park, located across the street from the South Lebanon Municipal Building.  Proceeds will help fund our dedication ceremony and allow us to improve our Veterans Memorial.

Don’t miss out!  Become a visible part of park history by honoring friends, family members and memorializing someone special.  These pavers will be limited in number (approximately 250) and visible to everyone who visits the Veterans Memorial for years to come.  Deadline February 15, 2022 or when last paver is sold!

Please complete the order form at the link below and mail your checks (no cash please) to the address shown on the form and help us honor the sacrifice of South Lebanon’s veterans.

0.1 MiB
18 Downloads
Details
Posted in Uncategorized | Comments Off on Taking Orders for Personalized Pavers at the South Lebanon Veterans Memorial

The public record is available for inspection during normal business hours, 8:00 AM to 4:30 PM, Monday through Friday, at the South Lebanon Municipal Building. Comments may also be submitted in writing to Jerry Haddix, City Administrator, 10 North High St., South Lebanon, OH  45065 or by email at jhaddix@southlebanonohio.org. 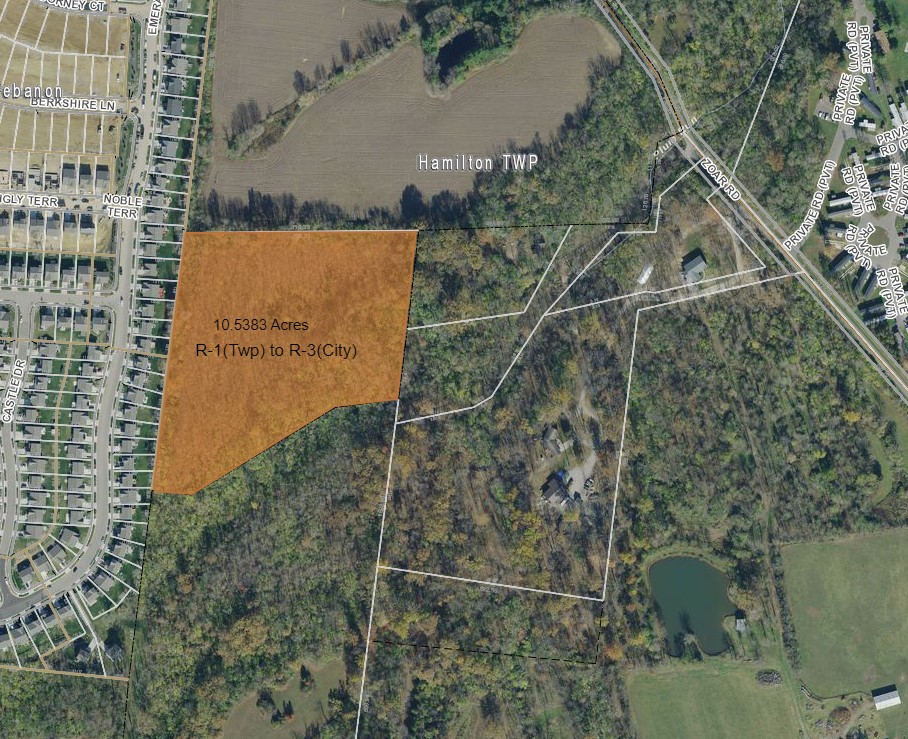 The South Lebanon City Council will hold Regular Council Meeting on January 6, 2022, at 6:30 p.m. in the Council Chambers of the South Lebanon Municipal Building, 10 N. High Street, South Lebanon, Ohio. Below are links to the meeting agenda and meeting packet.

Rumpke will be picking up  trash and recycling in the City as scheduled on Thursday, November 25th, 2021, Thursday, December 23rd, 2021. Click HERE for Rumpke’s complete Holiday pickup schedule.

By October 31 of each year, the interest rate that will apply to overdue municipal income taxes during the next calendar year will be posted herein, as required by Ohio Revised Code Section 718.27(F).

The interest rate is calculated by adding five percentage points to the federal short-term rate (rounded to the nearest whole number percent) that was in effect during July of the current year, in accordance with ORC Section 718.27(A)(5), and it is applicable to tax years beginning on or after January 1, 2016.

Based on these requirements, the applicable interest rate is as follows:;

Posted in Uncategorized | Comments Off on 2021 Annual Tax Interest Rates

The Village of South Lebanon and the Warren County Sheriff’s South Lebanon Post would like to remind everyone about some things you can do to prevent car break-ins.

Thefts from cars tend to be opportunistic crimes. The majority of these thefts occur when a car is left unlocked. Even if your car is parked in your driveway, in front of your house, inside your garage, or anywhere else, be sure to keep your doors locked. Simply locking your doors can deter would be perpetrators who may be checking for unlocked doors in order to take whatever is visible in your vehicle.

Other ways to prevent car break-ins include:

Doing these things can help keep you and your possessions safe and avoid car break-ins.

The Village of South Lebanon Annual Water Quality Report (Consumer Confidence Report(CCR)) for 2020 as required by the Safe Drinking Water Act is now available. Click here to view the CCR report or download below.