Established in 1795, the Village of South Lebanon is over 200 years old.  The Village was originally known as Deerfield and is one of the oldest towns in Warren County, with a rich and vibrant history.

At the beginning of the 19th century Deerfield was the most important place on the Little Miami above Columbia. A trail ran from Columbia to Deerfield which became Columbia Road. It was made a stopping place for many of the early settlers in different parts of the county. Early emigrants frequently left their families at Deerfield while the first improvements were being made on their new farms. Captain Ephraim Kibby, Capt. Nathan Kelly, Gen. David Sutton, and Andrew Lytle were among the early permanent settlers at Deerfield. William Snook came from New Jersey in 1801 and the following year his brother, John M. Snook also settled there. The latter was a Captain in the War of 1812. Snook Road is named after that family.

General David Sutton for many years was the best known citizen. He kept one of the first taverns in Deerfield and at his house elections for Deerfield Township were held both under the Territorial and early State governments. Sixteen men voted at the first election. Upon the organization of Warren County he was appointed the first Clerk of Courts and held that position for twelve years. When the War of 1812 began he raised a company and went into the service of the government as Captain in the first army that was raised in Ohio. He soon after was elected Colonel at Urbana. He was for many years a General of the militia. Ephraim Kibbey served in the Continental Army during the Revolutionary War. He was a surveyor and member of Northwest Territory legislature. He was an Ohio state representative from 1803-1804.

Today South Lebanon is working to preserve its history while expanding and revitalizing to become an economic power south of the I-71 interchange.  A major retail complex, “River’s Crossing” is underway bringing jobs, services and family entertainment to the area. 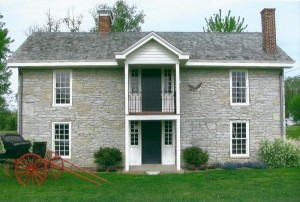 Home of Andrew Lytle in the Village of Deerfield now South Lebanon.  Built in 1796, Also the site of the first tanyard in Warren County and possibly the State of Ohio.  Restored by South Lebanon resident
Dean Evans. 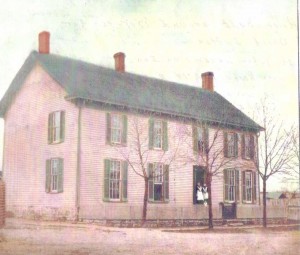 House built in South Lebanon, Ohio in 1795-1796 for General David Sutton which later became an inn.  Ownership passed to a Harry Harding before being torn down in 1964. 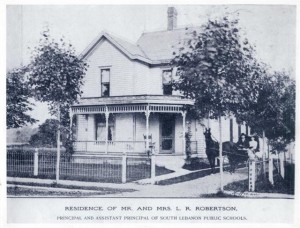